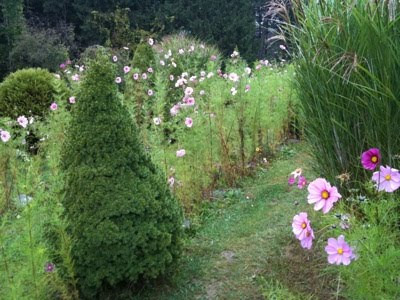 I have the celebration of cells in my body to help me go forward when news is difficult.

This morning I woke up to the news of a gang rape that happened to a young girl leaving a homecoming dance and a suicide (via Svasti). I know I'm not the only one that woke up to troubling news today.

I no longer use my yoga as an escape to an imaginary beautiful place that removes me from the pains in life—in essence walling me off from the world. I am integrating spiritual practice as a way to step forward in troubling times. So I don't use yoga to escape, but to connect.

I have taken notes from Seane Corn who watches the news in the morning before she practices yoga (I heard her say this at Kripalu.). Some yogis wonder why she would do this: How can you watch news before you practice when the news carries so much violence, suffering and tragedy (and isn't yoga about love and healing?)? Well, what I got from her is that that’s just the point. We are here to heal this world (if you choose that path), not to escape it.

I have the blessing of my breath when times are difficult. I am grateful for the opportunity of my life. I can use this body and mind and strength to do something that helps.

This news about the Homecoming dance gang rape deeply disturbs me. I was once 15 years old; I went to a homecoming dance. I was incredibly naïve, and might be only a little less-so now. Particularly harrowing is that some of the people involved were one-time friends, it sounds like they were drinking together. I know when I was a teen that we would go to places without adults around and drink. This is a horrible crime that happened in the shadows on school grounds.

Also, stories about suicides must be getting lost because, a few months ago, I was at a rally in support of health care reform, and one of the speakers said that there are more suicides than murders in the state of Illinois per year. I hear about murders in the news, but not suicides. Why don’t we seem to care about the cultural climate that contributes to people wanting to kill themselves? I do.

I also personally connect with this subject of suicide. For so many years I heard in my own mind: I wish I was dead. Now with me, I felt so powerless that I did not move forward or really even consider real-world plans to do something about those thoughts. Even though that’s true, I credit yoga with saving my life, because my inner world is so much healthier than it used to be and I am more empowered as a result. Even if I occasionally hear the old sadness, I don’t believe it in the same way I used to. I know that I have experienced despair, and that I am stepping forward through healing and love.
There is a silent chorus supporting me in the cells of my body.
Posted by Brooks Hall at 10:09 AM

Another problem with using yoga to escape from life: it doesn't work. Just when you think you've escaped into a hazy mystical shangri-la, life comes right up and bites ya in the ass.

I mostly know Seane Corn through hearing about her from a number of friends who've worked with her, as well as some videos, and the more I hear the more intrigued I am. I remember one video in which she talked about seeing crack whores as her teachers, because of the depths of suffering they've experienced...and this really resonates with the way I feel about some of the prisoners and addicts I've worked with--with some, you can just see the incredible amounts of damage in their faces, and hear it in everything they say, but here they are, trying to get better. The thing about watching the news before practicing yoga is really interesting--especially as I so often find myself boiling over with rage when I read the news, but generally think to push that aside when rolling out the yoga mat...much to ponder...

The gang rape story is awful. And poor Christa and her two Jims... but this is all around us.

Where I live we have an escalating violence problem. Barely a weekend goes by without someone ending up in hospital, badly injured. Or in some cases, they were so badly injured they've died.

Its true. We can't escape our problems and that's not what yoga is for.

One of the things I loved from that podcast of Seane Corn was when she said that yoga isn't fluffy and airy-fairy.

It sure isn't! Yoga is about getting real with your body, mind and emotions. And to do that, we have to see the world as it is and come to terms with it. We can't close our eyes and pretend the bad things don't happen, or that they don't matter.

In fact, my life has never been more real, more engaging and more of a teacher since I first stepped on the yoga path. I'm sure my guru would have privately chuckled when I wrote to him a number of years back now, saying: "I'm just beginning to understand how real this path is".

That might sound silly now, but at the time I really think I was living in that nice make believe world, where spirituality was about walking around with a blissful smile on your face.

And through my relationship with my guru, my relationship with myself and yoga (aren't they all one and the same thing?), I've stripped away these fantasies and gained a much more honest way of connecting with the world. I think! Not to say that I'm perfect and 100% done, but I'm certainly working in the right direction.

Yes, suicides are almost given no air time now. Maybe because of their prevalence? Perhaps like violence, we've grown accustomed and de-sensitised to the news of yet another suicide?

I am so thankful for yoga, and for everything I've been learning in the past ten years on this path. It has, I believe, saved my life.

And the cells of my body are right there with yours, singing and celebrating life. Thank god.

Great post! I find it very easy to use yoga as a way to escape. Now, I'm finding it as a way to connect.

Would be interesting to have another post on listening to the news before practice, sounds pretty challenging to me.

I know there is some lesson in suicide, if not for the life lost for the ones left behind. My second friend Jim, or going forward I shall call him Jim 2.0, will be laid to rest tomorrow.

Even though I talk about suicide at my site I still feel shunned in many ways, even and most especially from my own family. I try to eliminate stigma by talking about it but not only did my sharing not help Jim 2.0 I feel my family views me as a heroin addict or prostitute.

All I know is I have a calling to raise awareness. I cannot stop suicide but I believe I can bring some comfort to those left behind.

I am so tired and without active emotional support from my partner I feel lonely.

I know things will work out as they should. The universe, God, doesn't make mistakes.

With my charity walk over and my ankle on the mend I need to get back to my mat. Back to quiet. Back to peace.

34,000 Americans die of suicide a year (approx the same amount as die from breast cancer) and 1 million people worldwide.

Thank you for addressing this subject. It needs to be heard.