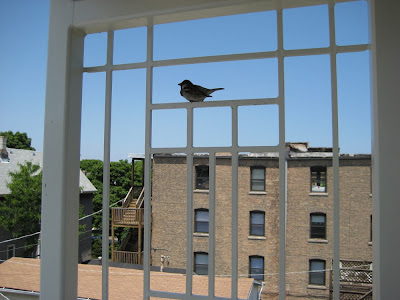 “Yoga is one of the six orthodox systems of Indian philosophy. It was collated, co-ordinated and systematized by Patanjali in his classical work, the Yoga Sutras, which consists of 185 terse aphorisms. In Indian thought, everything is permeated by the Supreme Universal Spirit (Paramatma or God) of which the individual human spirit (jivitma) is a part. The system of yoga is so called because it teaches the means by which the jivatma can be united to or be in communion with the Paramatma, and so secure liberation (moksa).”
-by B.K.S. Iyengar, Light on Yoga, second paragraph of the Introduction.

Yoga was discovered in India, and I, an American, can use it. And in order to understand it I do think that it’s important to study the psychological framework that made this discovery possible. An integral part of this is a foundational understanding that “everything is permeated by the Supreme Universal Spirit.” So there is something divine in everything. I translate this into my yoga practice by looking to all the cells of my body for their divinity, relying on their ever-present support. But, why stop there? My mat, too, contains this universal essence. And the room, and the other people in the room, and of course the whole building, the air, our friends and enemies, people we love and those we detest, indeed the whole world, and the entire universe is knit with threads of divinity, or maybe even a love-atmosphere.

In the yoga practice this can be a palpable experience, and probably at other times, too. I am referring to experiences where the world is perceived as love. I have sometimes wondered if, at times, pregnant women are in this space. Love relationships and drugs (I’m told) can also imitate this state of being.

The reason we’re not in this blissful state more often is because we are cloaked in sneaky types of resistance that accumulates over time. Releasing the resistance that grips around experience can help one to realize a euphoric state, and perhaps beyond that, clarity—a prerequisite for freedom.

And I’m convinced right now that an aspect of this at a certain point (not when a person is new to yoga) is confronting pain in practice. In a recent post I was thinking around pain I had experienced in a yoga workshop. And it’s also true that in the week following this intense, and even painful practice, that I have felt freer and more aware in my body. And with this increasing freedom comes increasing responsibility. As the body releases some of the “glue” that was holding it together as dumb stiffness and more flexibility comes in, one has to learn to support the architecture of the body with intelligent support—or more pain comes. So poses I might have just leaned into in the past while just learning to release the stiffness, now require intelligent activation so I’m not stressing my increasingly flexible parts.

Ideally, a person has connected to the bliss of yoga, so when it comes to the time where the pain is processed you already have the commitment and cellular understanding—the strong foundation it takes to go forward. So I don’t think it’s a good idea to go into pain unless you know what you’re doing, or you are with a teacher whose expertise you trust—even then be careful: It is YOUR BODY.

I’m interpreting the pain I’ve been experiencing lately in deep practice as a subterranean gripping in my body—subconscious unless I put myself into a pose that makes it conscious. I’m excavating the reactions to stresses I have experienced up to now. (It’s almost like releasing stuff from “past lives” because I’m in a different space now.) Certain poses make me aware of terrible, almost unbearable fear and anger, sometimes sorrow. But this past week I’ve worked with staying with it when this discomfort comes. I happened to also be in a class this week that put me into this kind of space. After the class I was in a state of high emotion, really stirred up. I went into the bathroom and released my tears. It was the coolest cry ever. It was great because it was a letting go. In the past I would beat myself up when I cried by telling myself how bad it was. Or I would have dumped my pain on someone else. But now the tears feel light. I understand that this pain is mine and I can release it.
Posted by Brooks Hall at 11:53 AM

I tried to explain this idea of divinity to someone once, badly. I ended up saying something like - well, if god is in everything, then god is in that toaster...

Which was met with some good natured derision. But hopefully you know what I mean.

The sneaky resistance you mention? Yeah, I get that one. And how.

But I find bliss can be just as sneaky sometimes, thankfully!

I love a good cry, always have. But I know what you mean about the projection. Learning to just be with your grief and sadness and not make it about anyone else is a huge and powerful step.