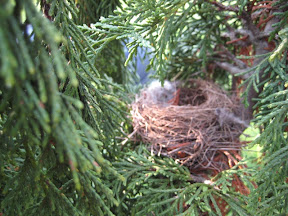 "In his Yoga Sutras Patanjali lists five classes of chitta vrtti (causes for the modification of the mind) which create pleasure and pain. The fourth one is:
Nidra (sleep), where there is the absence of ideas and experiences. When a man is sleeping soundly, he does not recall his name, family or status, his knowledge or wisdom, or even his own existence. When a man forgets himself in sleep, he wakes up refreshed. But, if a disturbing thought creeps into his mind when he is dropping off, he will not rest properly."
-B.K.S. Iyengar, Light on Yoga, 27th paragraph of the Introduction.

When I was in grade school I learned from somewhere that it was possible to learn things during sleep--like a subliminal programming. So when I was trying to memorize the Presidents of the United States, I read their names into my tape recorder, and then I played the tape into my headphones when I went to bed. I hated memorizing things just to memorize them, it seemed like a mechanical and boring activity. But if info was linked to interesting ideas, I enjoyed the task of remembering. So maybe if the names of the Presidents had been linked to something interesting about them, I probably would have aced the test. But the assignment was to memorize the names, and I took the instructions literally. It was a torturous assignment because I didn't make it interesting in a way that would have led to success. Anyway, my experiment didn't work perfectly, and I also studied in the waking state, too. I think my grade was probably barely adequate for this little ordeal. But I really thought that the idea of learning during sleep was cool.

In the above excerpt Mr. Iyengar talks about a restful sleep where a person forgets everything, and wakes up refreshed.

Hmmm. This is a department that could be tweaked in my house.

Listening to public radio all night began for me several months before Barack Obama was elected as the US President. It just seemed like there was news all night. And then when the economic news became a priority, the radio would report the news from all over the world as it was happening. I guess I was a news junky. I still fall asleep to the radio a couple nights a week, but I sleep much better in the quiet. I am more rested upon waking.

The news is often filled with horrific images. I don't like to think about what I am putting into my semi-sleeping consciousness sometimes by listening to this news that can be so violent. News about horrible rapes and violent attacks really is not the best thing to be hearing during sleep. Sometimes I wake up having had derivative dreams on the war front or something. When I rest like this I am not really letting go to allow for the full benefit of sleep.

I think I will do some work on this. I'd like to create a sleep sanctuary where I can rest peacefully.

Interesting that you should post about sleep, Brooks. Yesterday, on our drive back to WNY from Bloomington Indiana, I listened to Andrew Weil's Better Sleep cd.

And yes, total sense withdrawal (pratyahara) is facilitated by TOTAL blackness and soundlessness. I tend to sleep in a lighter room than most, so thought I'd try darkening my environment to improve my sleep. I have begun yogic stretching with some ujjayi breath just before bed and that has helped some.

Would love to hear if your sleep changes as time goes by.