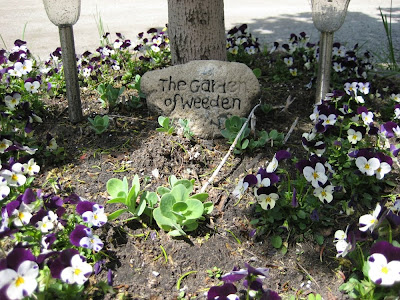 I am bothered by the news about the destructive effects we are having on the environment. It was reported in the New York Times and NPR that a 3,000 square mile "dead zone" was measured off the coasts of Texas and Louisiana. This is an area of water containing dense bacterial "plumes" feeding off of agricultural runoff. The people who are directly affected now are those that run "shrimp and other fisheries." Fish cannot live in the "dead zone." Three thousand square miles??
And I know this is just one of the myriad destructive effects of living in an industrialized capitalist society. It seems like the majority of us are quiet or willfully ignorant about the effects of our way of life. As long as we are provided with comforts distracting enough, we can ignore environmental destruction and the deaths of many creatures. Life is for the living, right? And beings have been dying for as long as life has been living. So what's the big deal?
The big deal to me is that as a group we are so powerful and cause so much destruction without much opportunity as individuals to cognize the effects our actions as a group. And I get the sense that the people who make decisions that create these catastrophic effects are primarily concerned with profits, because it seems that money provides the structure of our society and money provides lavish comforts for individual decision makers and shareholders of companies.
What if we had to process our own household trash? Can you imagine? I wouldn't know where to begin if I had to do that. So I put my trash in the trash can. And where does it go from there? This is just personal waste. Then there is the problem of industrial waste, and all the byproducts of manufacturing processes.
I have an idealistic notion lurking in the background of my actions as a yoga teacher that relates. What if we can come into greater conscious awareness of ourselves as a group through the practice of yoga? What if?? Am I in fantasy-land? I usually want to avoid "what ifs" because they seem like colossal time-wasters. But in this case I am allowing it. The "known things" in this picture aren't enough. I know I buy food from the store, and that what I don't use, I "throw away" either in short order or some time later.
But, then there are also agricultural wastes that run into the Gulf of Mexico and other waters, and render that area uninhabitable for some time. Am I responsible for this because I shop at a store? As a group of consumers of these products we are responsible, but at a personal level we tend to be oblivious of the effects.
So big changes are called for, and I don't know exactly what they are. I have been suspicious of joining groups, but it's clear to me that a group awareness leading to group action is required. Those who make industrial decisions are polluting our world, and charging us for it. And what we get is comfort. But I don't think that we can really see the full costs of this "comfort."
I just hope that yoga doesn't just provide another form of escape from a world that is calling for action. Yoga practice can be used as an escape, and I hope we can come around to an understanding of it as a group that will help us to see clearly together so we can make a real difference. Yoga can be a part of a solution that will heal our hearts and embolden us to take what might be the tough steps needed to heal our world.
Posted by Brooks Hall at 10:10 AM

The trouble, I think, is that we get so used to certain kinds of "comfort" that what we want and what we need become badly confused. Thus, people give me blank looks when I tell them I don't have air conditioning, and can't imagine how I can live like that. And, to be honest, at this point, I have trouble imagining life without the handy little machine on which I'm typing this comment right now, though I didn't have one until just barely a decade ago, and have gone for months with nothing that couldn't fit in a backpack. Perhaps one thing yoga can teach, in getting us in better touch with our bodies, is how strong we truly are--that modern convenience are just that: conveniences, and we are capable of living and thriving without them....

I strongly believe that Yoga and environmental action/activism go hand and hand. Non-harm applies to our Earth as well.
Alli (an Oceanographer) over at Oceans Treasures has a pretty powerful visual of Big Agriculture's destructive impact on the eastern coast. (scroll down to mid-article to see it).

My choices matter and just like together we can destroy, together we have the power to change. :)

I have been green since before it became trendy. In 1970 (WAY before your time, I'm sure!) I organized the first Earth Day at my high school in Chicago. As a garden designer my niche is eco-gardening, naturalistic gardens, etc. This was before people knew what native plants were.

So yes, we ARE all responsible. I used to speak to garden clubs and teach community ed gardening classes where I would preach the benefits of no chemicals, native plants, less lawns, ad infinitum. The thing is, people do not think outside the microcosm of their own backyards. They don't realize that EVERYTHING we put on our lawns ends up in the Gulf of Mexico via ground water. Everything.

I also was an eco consulant at one time to my town on sustainable commercial landscaping -- it fell on deaf ears.

On my school's property in Thailand, we're in the process of creating a sustainable environment there.

Rubbish is seperated into all kinds of piles and what can be used in our permaculture garden, is. What can be recycled elsewhere, is. Still, that's not everything but there's a concious effort there to reduce non-recyclables.

Even human waste products are put back into the land. Did you know banana trees like human urine? And #2's can be used to replenish depleted soil?

Hope that's not too gross for you!

Anyway, my guru says yogis were the original greenies... or something like that. Because how can you consider everything to be one, and not consider your actions and how they affect the earth?

Thought about your post a little more and wanted to add... being born, is in itself, an act that places a burden on the earth.

Which brings up the issue of our overpopulation of the planet. But then, we're in the Kali Yuga, a time of darkness where things are bad and we are destroying our world...

So... to have or not have kids? Many don't. Some who do, probably shouldn't.

And then, our age is one of rampant consumerism as you know. I often think of all the newspapers produced - how many of them really, end up being recycled properly? And phone books that for the most part, now sit in hallways instead of being used (online directories are so much easier).

Its not a simple question you ask, and yes, you can drive yourself mad thinking about it.

The answer is to do what you can, to the best of your abilities. And if possible, encourage others to do the same. That's all we can do, really.

I'm gaining an interest in permaculture and how it relates to yoga, time will tell where this leads me. I would hate for my yoga practice to just be another middle-class comfort. In high school in the 90's some people picked on me when I vocalized my environmental concerns, but now with all this "green-washing" it's become the cool thing to be, lol.