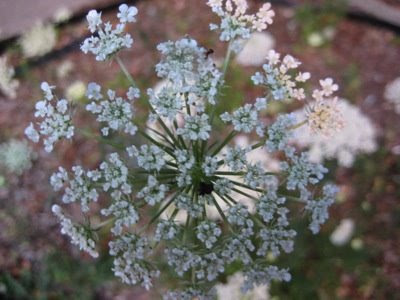 "Unseen buds, infinite, hidden well,
Under the snow and ice, under the darkness, in every square or cubic inch,
Germinal, exquisite, in delicate lace, microscopic, unborn,
Like babes in wombs, latent, folded, compact, sleeping;
Billions of billions, and trillions of trillions of them waiting,
(On earth and in the sea — the universe — the stars there in the heavens,)
Urging slowly, surely forward, forming endless,
And waiting ever more, forever more behind."
--Walt Whitman
"Unseen buds" is like the dream where there is another room in a place you thought you knew well. I think it is a common dream, and have had it (more than once) myself. In my childhood home, I dreamt that I turned a corner to where there was more unexplored space. It was also in the movie Moon (now playing at Pipers Alley in Chicago) where the inhabitants of a moon base discovered a vast underground space filled with clones that was previously unknown to them. This birth of space might represent new openings in consciousness, like unseen buds brimming with potentiality. Of course, it could also represent a fearful unknown, or confirmation of suspicions. And in fact it used to be that when I read the poem that I would feel a trace of dread because I had been holding fear about the unknown. And as I felt the dreaded feeling I would also tell myself that the poem was good--it could be, even though I didn't always experience it that way. So I guess this poem was teaching me more than I realized at the time... And even though it was a freaky realization in the movie, it also offered the characters a vision of the truth and it offered them a way out. We can embrace growth, or we can fear it. But it always offers more than we knew before, and in that there is hope. So when we think we are trapped, stuck or in a dead end it is just an illusion because there are aspects of experience that we simply do not know. We are literally being born for as long as we are living.

It seems helpful to know that there are infinite aspects of myself that are hidden well that I will become aware of as I go forward in life. I will continue to meet new aspects of myself along the way. And it is also relevant to consider, as I did in my last post, who I would like to bring forward to meet the new arrivals. It also makes it exciting to consider who is coming, and do I want to offer this new one a world of shit or a joyful attitude? I can do that for my future self. Just like most people want to offer their children and grandchildren a world of hope, shouldn't we also strive to offer this kind of hope to our own unfolding consciousness? 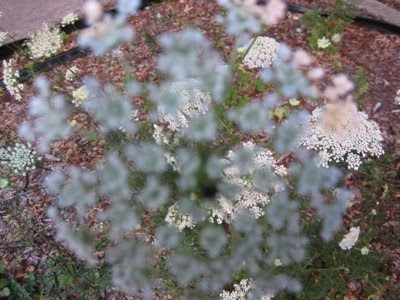 Ooooooh, Brooks...enticing me into the post with one of my absolute favorite Whitman poems from when I first read him a little over twenty years ago, but that I'd almost completely forgotten about until I saw those first few words here: "unseen buds, infinite, hidden well"...oh, how I love old Walt...don't know if I'd be doing yoga without him, as Leaves of Grass continues to be probably the closest thing to a Holy Book in my life (though it's fallen apart and is barely readable, I still have the copy that lived in my backpack during my serious backpacking years...up and down the Rockies and Appalachians, across various deserts and canyons)...hmmmn, may have to make a blog post of my own out of this comment...

Anyway, the end of this beautiful post (which reminds me I really need to see Moon) reminds me of this Lou Reed song (yeah, from Whitman to Lou Reed...that's me...) called "Beginning of a Great Adventure" in which he speculates about becoming a father, and there's a great line, which I've always thought of as having more to do with giving birth to oneself: "I'd like to have a kid I could pass on to something more than rage, pain, anger, and hurt"...amen to that...and to the fact that it's always the beginning of a great adventure (shit...I may have to use that, too...won't be the first time one of my blog posts has started here in your comments...)...

LOVE this one my sister Brooks!! Thank you!!

What beautiful and inspiring writing and a fresh perspective on moving forward.

So when we think we are trapped, stuck or in a dead end it is just an illusion because there are aspects of experience that we simply do not know. We are literally being born for as long as we are living. Such wise words, ones I'll try to remember as I attempt to "unstick."

I arrived here by way of drjay's post...one beautiful post inspired by another!