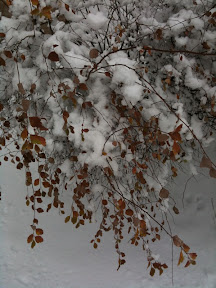 * I found when I ventured with my mind beyond the established norms of my friends in the yoga blogging community that I lost some of my tribe—and gained others.

When I started to say that Tara Stiles and Kathryn Budig weren't "bad" or that their representations in the media might offer something besides an invitation towards self-loathing with their thin (more Tara) and (to some) idealized forms (more Kathryn) some women (it seems) decided to disengage from my thoughtstreams on Twitter and Facebook. Somehow I had become a notable "unfriend".

As much as by-the-numbers I am a more popular blogger than I was last year, I am still saddened by the loss of a couple vocal and delightfully radical (until they became poisonous and fork-tongued radical) blogger cohorts.

Some would say "good riddance" to intolerant folks, but I still hope for bridges to wider community that is rich with poppin' viewpoints. I believe that greater truth exists somewhere within the breadth of perspectives, and doesn't fully exist in any individual position. It's kind of mind-blowing, but that's what I think.

There are established norms in the yoga blogging community??!!!

Amazing anybody still talks to me...

Needless to say, Brooks, you're always welcome in my tribe.

I understand how you feel. I often long for connections that have been lost. However, I try to remember that we remain connected regardless of our current communication circle.