It's okay to write crap, just don't share it with me. 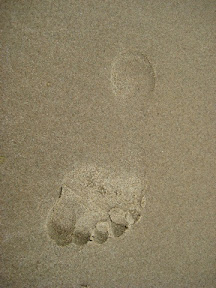 Not too long ago the venerable Dr. Jay wrote a post called, "Better to Stay Silent than to Write Crap" and when I read it I thought that I disagreed, so I commented:

I know that you are the authority when it comes to the Yoga Cynic Sutra... But I think this latest one is just crap! I think it's better to just write, and sort out the crap later.

Those with low self esteem would never write if they believed that crap! And writers are sometimes not the best judges of their own crap. Stephen King's wife pulled 'Carrie' out of the trash! So there.

And since I've decided to break my blog silence, I apparently feel obligated to joyfully spew a bunch of crap right here!

From the crapper,
Brooks

So I thought that I disagreed because I had taken the 'Yoga Cynic Sutra' literally... *My bad...* ...because I totally agree when it comes to publishing on my blog!

It's become a "thing" because of the writing challenge I'm doing. I wrote in a different way today. I dug into a personal shame, and honestly I know some people might find it interesting, but it's just kind of an outpouring of my mind, and I don't want to bother anybody with this right now. I wrote over 800 words without consideration of an audience. I just wrote to hear my thoughts on the subject at hand.

So I do think it's cool to write whether its crap or not, but I just think that we should think before we post. I don't want to bore you (or worse)... And I hope that you might consider my eyes and mind if you're blogging, too. If I get the sense that it's just words, I'll stop reading. But I guess nobody can read everything, anyway. So I won't feel bad.

Yeah, and I practiced yoga--another part of the challenge... And I breathed air, drank, ate, went to the bathroom, and took a shower, too. He.

Definitely best not to take the Yoga Cynic Sutras literally...just imagine what kinda chaos could be caused by rampant yoga cynic fundamentalists...

It's amazing how freeing it can be to write without any intention of publishing or showing it to anybody. I was surprised a while ago to find that I'm even more uninhibited when writing longhand--particularly since, if I'm writing qucikly, it's often illegible even to me. (I've also read books that suggest writing with the intention of burning or otherwise destroying it immediately afterwards, thus eliminating any possibility anyone including you will ever see what you wrote, as well as working as a symbolic letting go when writing about issues like shame).

I totally agree as a columnist, blogger and writing in my diary every night I have found it an adventure to turn crap into a work of art you just never know where the words will lead you to

yep- totally agree. when it comes to sharing my writing 'flow' stops....

but then- the beauty of blogging is that we readers are reading someones 'real' thoughts... and that is a thing of honesty and beauty. crap and all :)

There's an awful lot that I write that NEVER makes it to my blog or anywhere else for that matter... there's what I'm happy to share, and then there's what needs to be expressed. Sometimes they are different things!

I just read this and found it interesting, as I wrote just what was on my mind yesterday - and published it. Unfiltered. It was something I think I needed to do. Reading yoga blogs and starting your own is a bit of a process. I feel as though I'm still trying to find my voice, and writing in such a way was necessary. Thanks for your thoughts.