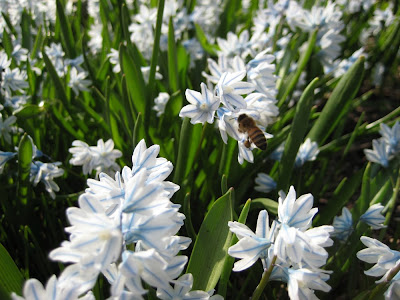 Here it is, the last post of my assignment to myself to write about all eight limbs of yoga from the Yoga Sutras of Patanjali. And the funny thing is that I feel like I am exactly where I was with the first post, because here I get to talk about how I became ungrounded in my yoga practice and life:

I think it was eight years ago when after an Ashtanga yoga class (at what was then Priya Yoga in Chicago), feeling hot and amazing; I had already changed into my street clothes, and was grateful. I stopped on my way out the door to say thanks and good-bye to my instructor. He was smiling and looking into my eyes, unguarded. A smile bloomed on my face that didn’t stop there. It kept expanding. I was locked into this moment, slightly paralyzed. I would have disengaged, if it had been possible because love was pouring out of me, and I (sadly-I judge) have been embarrassed of my love. But I was stuck. This smile expanded until there was no separation between me and other things. The walls of the yoga studio, as well as everything else was permeated with love. Bits of slowly falling gold came down and filled the space around me.

I came back to my self in my body. I put my hand on the side of my head, turned away from my teacher and paused. He put his hand on my back. I left.

The story of my life was the same as it was before this event, but things inside me had changed. I had experienced an all-encompassing love. The world had a goodness that I had directly experienced.

This IS great. But in the story of my life it caused a rupture because the foundation of who I thought I was had changed. I had based my life on some things that no longer seemed true. Like the idea that the world is a bad place to be afraid of, and the idea that the only hope of having satisfaction is to create a little bit of it in your own house. I now had a wider sense of goodness in the world.

So it felt like I needed to start a whole new life to accommodate this, and I ended dumping more aspects of my life as it was up to then than I probably should have. That said; I also trust that the structure of my life as it actually happens has its own wisdom that deserves respect. No regrets! I had just experienced the best thing! And to follow that seemed like the most important thing in my life, so that’s what I did.

During this time of confusion (that lasted for years), I had a conversation with a trusted teacher where I shared this story and asked what he thought had happened. The unhesitating reply was, “Samadhi.”

Samadhi is the eighth limb of yoga according to Patanjali’s Yoga Sutras. It is yogic bliss.

Just a couple of years ago at a yoga retreat a different respected teacher took me aside and told me about how some yogis get complacent. They get a taste of yogic ecstasy and cool off there, sort of a ‘been there, done that’ attitude, or just ignorance. And apparently there are many kinds/levels of Samadhi already documented by yogic masters. So we have to keep going!

I did feel much better than I had before that experience of yogic bliss, and maybe I wasn’t pushing as hard as I once had. So there it is. Must keep going…
Posted by Brooks Hall at 9:29 AM

This was a beautiful post. I haven't ever been informed of the meaning of Samadhi, other than the pose (hands at heart center?).

Yoga has given me moments of pure happiness and content. It is wonderful to know that growth continues to be expected here just like all other aspects of yoga.

Samhadi is one part of the picture, but then there's also Shunya - the disengagement with all those things we normally identify with to create value and meaning in our world.

The former is much more pleasurable than the latter, but both have their place in stripping away the layers.

With an experience of Shunya, one can also become complacent, thinking you've reached the end of the line in terms of shrugging off those things that keep us bound.

My Guru would say - if you think you're enlightened, it isn't it. Its not something you can think of in the way you think of other things.

I think sometimes beginner yogis (myself included) mistake yogic bliss for exercise high. It was great to read about your path.

Plus, it's a good reminder that like any other high, it loses its powerful effect if you don't put more effort in, or change the "recipe."

Great post. I love the image your words have created.