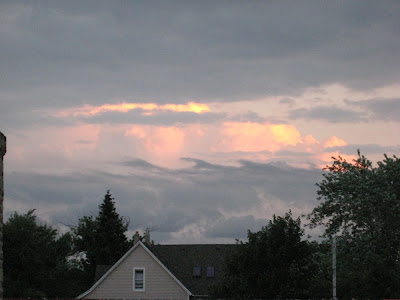 As a yoga student, recently, I got an adjustment in Ustrasana, or camel pose (a backbend done from a kneeling position). It really hurt! Did my teacher grow a Captain Hook-style hand with two prongs? I don’t think so, but it felt like two bony probes penetrating the skin on the middle of my ribs on my back, close to the spine on either side. I didn’t say anything, but I’m pretty sure I gripped my jaw. When we came out of the pose and assembled for further instruction, I thought about saying something like, “as a teacher you probably want to know what happened, blah, what happened, blah.” And I think I have done something like this in the past without much satisfaction. So this time I decided to wait. I was in the passive mode of watching a demonstration when a series of emotions passed through me: little girl rejection preceded fear and I felt something big coming. I have been here before. I was triggered by this situation, and in the past I have battled the tears, and probably would have left class to cry.

This time I silently said, “Oh no…” to my self in a way that didn’t have a lot of emotional resonance: I was just going to see what happened. For an instant I felt like I was standing on train tracks with the locomotive coming. And then it left. The impact of fear and violation and sadness left just like that, leaving only a few tear tracks on my face. And what also came through was a piece of my past. A childhood caregiver in my life used to really manhandle me and scare me. I felt myself as I was then and I understood that experience in a different way. I really felt her—the child me, and what she went through. In the past I had blocked it out, and when it was happening it was too much to bear: how can a child deal with an adult attacking them? I couldn’t. But, what I gained this time was a greater understanding of myself, and compassion for my truth. I unraveled some of my mystery through this experience. I survived.

In that instant, when I was standing on the train tracks with the train coming, the outcome was not clear. The emotions coming were so strong. I felt awe about how strong the emotions are that the small body of a child can handle! There was potency to those feelings that I think no caring adult would want for a child. But there they were. I had felt that then, and feeling it this time was more of an education than anything else. In the past when I had experienced a similar triggering I just felt the sad child who was powerless, but this time I felt myself as a woman who could watch these feelings and feel for the child who was once me.

I am actually thrilled that I allowed this to happen, and feel lighter, more self aware, and more respectful of myself because of this experience. And it was all triggered by a situation in a yoga class where someone (of the same sex as the childhood caregiver) was strongly touching my back in a backbend. Luckily, I embraced it as a safe space for my healing.
Posted by Brooks Hall at 7:19 PM

I experienced something similar, once. Although it wasn't in yoga class.

Harking back quite a few years now, my fiance (at the time) and I were horsing around with clothes and being silly.

In good humour, he pulled one of my skirts over my head (instead of the way it would normally go on where I'd step into it).

Naturally, it got stuck, as my shoulders were wider than the skirt was. And my arms were pinned.

I went quiet, and then really freaked out. He managed to get the skirt back over my head and then questioned me gently about what had just happened.

I didn't really know straight away. But employing a technique I spontaneously learned through another incident... I came up with the answers.

There was a memory I had of being a small child, where, in the middle of my brother's soccer club, surrounded by other people, he grabbed me by the shoulders and kneed me hard in the stomach.

I was winded, humiliated, and worst of all, he was never really punished for what he did.

Funny how these things are stored within our bodies. But how wonderful that some resolution is possible through gentle inquiry, if only we just give it time and space.

And respect our inner little child.

An amazingly clear vision into the emotional release experienced in a class. Been there done that a few too many times myself and through yoga I am able to step outside myself, hug my inner child and find deeper meaning into "me" Thanks so much for sharing your experience!

I admire your courage, my friend.

To me, that is the great thing about yoga as a meditative/healing practice: the window of time in which you allowed yourself to observe and contemplate. Practice can allow you the time you need to take pause. Without pause, we're reactive. With pause, we can evolve.