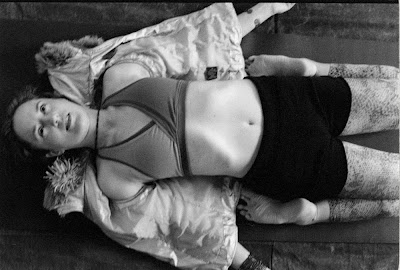 Asteya, the third aspect of Yama, is actually non-stealing. But, in thinking about it I am realizing that stealing is huge! Where does it begin? And, how can it end? There is interdependency in our human predicament that can even make it hard to decipher where stealing or economic corruption is taking place.

I think I was in third grade when I was picking up a prescription at the local pharmacy for my parents, and the idea came to me that I could take a candy from the container by the cash register while the cashier turned away to find the package for my parents. And I snatched a grape Jolly Rancher—my favorite flavor at the time because it was purple and anything purple was great as it was my favorite color—and shoved it into my coat pocket. The woman behind the counter gave me the package, and I gave her a big smile and said, “Thank you.” And she made some small talk that made me nervous. And I left. I was hardly around the corner of the building, and still on the sidewalk just beside it when I opened my prize. The crinkly sound of the wrapping coming off sang of my reward. I put it in my mouth and didn’t enjoy the familiar flavor at all. The feeling that I had done something wrong tainted it. So I took it out of my mouth and put it back in the wrapper and threw it away in the dumpster behind the pharmacy. I had discovered that I didn’t enjoy stealing. And from then on, I paid for my candy with pride.

When I was a little older, at a family gathering a youthful role model of mine told a tale about renting a car. When this person was returning it, somehow they ended up with $200 in extra change, and were aware that the cashier had made a mistake. This person felt that it was okay for them to keep it because it was not their mistake, and seemed really pleased about what had happened. I eagerly looked to three generations of my family for a reaction, and there was very little. They acknowledged what my role model had said, but that was about it. What I took from this was that this behavior was fine. So when I found myself the beneficiary of a cashier’s mistake I, too, considered it a random good fortune. But a few years ago I made my own decision about this and made sure that my change was correct, returning any extra money. And the cashier is always grateful when I do this.

“Do not steal,” is a basic law of people living together, yet it’s clear that it’s not that easy to do. When people are in survival mode, forget about it. And if someone has to steal something in order to feed their family, which is a real survival need and necessary to live that is one thing. But stealing also happens when people have their survival needs met. Why do we do this?

A good reason not to steal, besides, “we’re not supposed to,” or “to gain enlightenment,” which might not convince some people, is to gain each other’s trust. Can you imagine a world where people trust and respect each other? Dream of this: a trusting world. Especially because I live in a big city, I am aware of being suspicious of people, and am aware of people being suspicious of me. By consciously non-stealing, Asteya, we might build a culture of integrity rather than the current inertia that inadvertently supports racketeering and political corruption. As it is, it seems like we are just sitting around and watching the world decay. Even with our small actions amongst ourselves we can do something about it. In fact that’s the power we really have, our actions. So pay attention to what you do, and how it affects others. And I’ll pay attention to what I do, and how it affects others. And we will make the world a better place through self-observation and self-correction.

As a third-grader I seemed to understand this. I tried stealing candy, didn’t like it, corrected the behavior, and even enjoyed the results of the discovery. But when I got a little older, for a while I trusted stories from my family more than my own experience, as in the story about $200 extra back from a returned rental car. Maybe it was fine for them, but I didn’t agree. And even though I didn’t agree, I didn’t speak up. I wish I would have, but at the time I didn’t know I could. I expected them to teach me, because somehow I had learned that. Now, rather than holding up stories from my culture that aren’t working for me, I seek to understand what I do, correct it as necessary, act in integrity, and speak up when necessary.
Posted by Brooks Hall at 6:07 PM