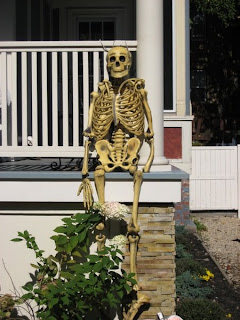 Halloween has me thinking about putting old bones to rest--as in skeletons in the closet. These are thought forms we haven't dealt with and so they could pop out like boogie men with the right triggering situation. Like when someone asks me to do something, and I get really embarrassed to say, "no"--it's an overwhelming feeling. And I'm sure it comes from childhood. Next time I just want to be cool with myself saying "no thanks" if that's what I want. Weird. Why do I do that?
I think about Carrie from the movie (1976). She just couldn't stay buried after she died, because she could not get the love she wanted in life. The kids made fun of her. Her mom had her feeling like a freak. Poor Carrie. And nobody seemed to learn anything from her death.
In sharp contrast, I saw an amazing play of The Brothers Karamazov, adapted from the novel by Fyodor Dostoevsky. (Stop reading, and come back later, if you are definitely seeing it and don't want anything "spoiled.") The kids teased and threw rocks at one little boy who got sick and died.  At his grave the kids were there and one boy said to another something like he wishes he could forget the boy existed. Alyosha stepped in and asked them to remember the life of the good little boy who was in the ground now, and to never treat another so badly. If we can only learn from the obscene experiences in life, we can get something from it. We can grow and become better people.
I wish the kids in "Carrie" could have learned from Sissy Spacek's character's death. I know some people would tell me that that's not the point of that movie. They might say that "Carrie" is a biting cultural criticism and there is no redeeming value. But how can this be? Something can be made out of every crappy situation. If we can't then life is hopeless. Now I don't mean that every story needs a happy ending. For example the little boy buried in "The Brothers Karamazov" stays dead, but the children learn and go eat pancakes. Life is okay here. But, at the end of "Carrie" her cold hand reaches out of the dirt craving more life because nobody made any sense of her death.
Things that are scary:
1. Living in the past.
2. Not learning from mistakes.
3. Being stuck. This is related to 1 and 2. 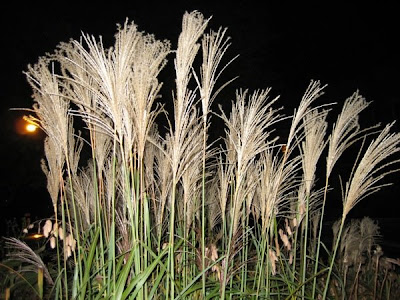